After a ride, do your ever feel numb, tingly, or weak? If your answer is YES, then you may be guilty of overuse of your hands. In face, timely recognition of common sports injuries caused during cycling can help keep injuries from occurring by simply adjusting your movements and cycling accessories.

As you can see from the photo-documented Tour de France, the riders were heroes worshipped by the French people at the time, even though water bottles were still made of metal, people were not used to wearing helmets on bikes, and they had not yet used to professional cycling gloves while riding. It is not surprising that people have not yet realized how to protect their hands. It wasn’t until a Japanese man named Jinji Shimizu invented the first pair of professional riding gloves that riders officially made riding gloves part of their personal cycling accessories. Mr. Shimizu Jinji is also the founder of a famous brand PEARL iZUMi.

Cycling gloves as a subdivision of cycling accessories, professional products, has been thought as important as cycling clothing and cycling helmet by riders.

Cycling gloves for cyclists, according to different types of bikes, can be classfied as mountain bike gloves, road bike gloves and downhill gloves. In addition, there are some brands launched specifically for extreme sports design gloves, whether from the body’s safety or from the comfort of riding, there is such a need. According to the season, there are half-finger and full-finger. The palm area is thickened, and the material used for the palm pads varies according to positioning and adaptation. For example, road bike palm pads are significantly thinner than mountain bike gloves.

If your handlebar is flat, no wearing professional gloves to grip the flat handlebar, the pressure will direct to the main control thumb, index finger, middle finger and part of the ring finger of the median nerve, resulting in hand numbness, finger pain, weakness, medically known as carpal tunnel syndrome. Long-term compression of the median nerve can lead to loss of sensation in the thumb, index finger, and middle finger, muscle atrophy, and nerve pain in the hand radiating to the shoulder and elbow joints.

As long as it is a sports bike, the wrist joint is under tension. Since cyclists adopt a different sitting posture and grip from that of casual cyclists, this puts the wrist joint under long-term abnormal tension, and its negative impact on nerves and tendons is even lifelong. The special role of cycling gloves is to maximize the relief of the compression of the wrist joint, the back of the gloves and ordinary gloves laid flat for comparison, you will find that its front is not flat but upturned, which coincides with the posture of the cyclist grip.

This shows that as long as the two wheel movements are held by the hands, the protection for the hands is second only to the brain. Once a sudden accident occurs during the movement, it can effectively prevent bruises and cuts on both hands when they fall.

Most of the riders’ awareness of cycling gloves stay at the level of the gloves’ own functions, but in fact, in the correct perception, cycling gloves have active safety and passive safety in two aspects.

Anti-fall protection. When rolling over, riders often use the palm of their hands to touch the ground first in order to make the body land slowly, without gloves for shock absorption, such action is easy to make the palm of the hand is worn and seriously damage the joint parts.

Shock absorption function. The palm pad is thickened to reduce the impact on the hands.

Anti-slip function. Palm and the back of the fingers are generally drip rubber, some use a certain damping microfiber cloth, can all play a non-slip function.

Sweat absorption, breathability and anti-slip three are complementary. When the bicycle is in high-speed movement, the rider’s control of the bicycle depends largely on the hands, if not wearing gloves, hands sweating uncomfortable is the second, sweating leads to the existence of unsafe sliding factors.

Sweat wiping is one of the highest application rate of gloves.

Sweat wiping is one of the highest application rate of glovesThe structure of a pair of gloves, the number of splices, the complexity of its production is no less than any of the products in the cycling personal equipment, in the selection of materials and details of the consideration, are reflected in the cycling sports state of the hands and people feel environmental response.

Lycra fabric is widely used on the back of gloves and finger insert material because it stretches freely on the limbs without any pressure, and has good moisture wicking and breathability.

The current mainstream palm pad material is TPR, SBR or GEL (higher specifications), can effectively absorb the vibration and impact from the handlebar.

The glove wrist should be elastic tightening design, the glove wrist mouth should also be extended design. Finger bend fabric, ergonomic finger bend design, such design enhances the flexibility of the fingers, but also has a breathable function.

Mountain bike gloves to shock-absorbing, thicker padding, in the back part of the hand with protective materials to reduce the fall or friction caused by hand injury. Road bike gloves emphasize lightweight, padding is thin, and you should also pay attention to the anti-slip design.

With the worldwide boom in cycling in recent years, cyclists can choose to cycling gloves are becoming more and more abundant, which can make your hands more comfortable on flat roads in the city, and can also cope with various uneven roads in the countryside.

Looking back at the history of professional cycling gloves, from top-level events to popularization, this is perhaps one of the most attractive portrayals of cycling as a popular sport. 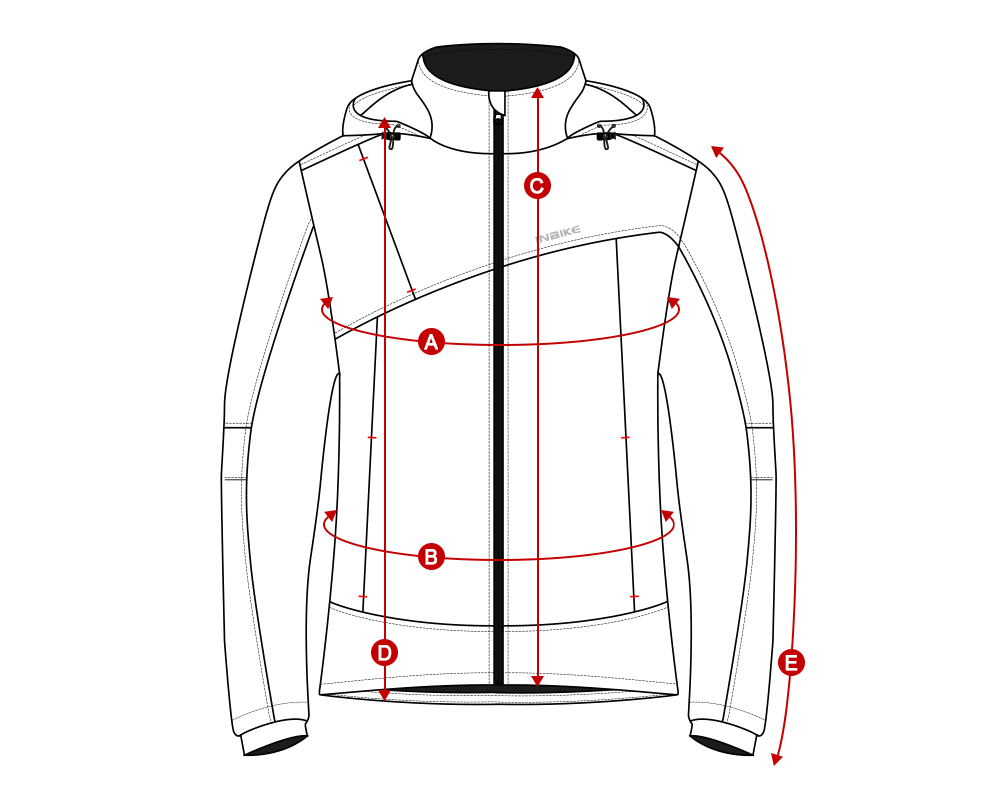 Measurements may vary 1-2cm and they are based on measurements taken directly from the garment.